South Africa will look at the use of the drug, dexamethasone, as a means of the treatment for severe Covid-19 cases in the country.

Minister of Health Dr Zweli Mkhize said in a statement early on Wednesday morning (17 June), that the drug had seen a successful trialin the UK.

Dexamethasone is a steroid that has been used since the 1960s to reduce inflammation in a range of conditions, including inflammatory disorders and certain cancers.

It has been listed on the WHO Model List of Essential Medicines since 1977 in multiple formulations and is currently off-patent and affordably available in most countries.

While the full findings of the trial are still required, South Africa’s Ministerial Advisory Committee (MAC) said that use of the drug may be considered for patients with a confirmed diagnosis of Covid-19 who are being mechanically ventilated.

While it noted that the effect of the drug is not as effective for patients who are not mechanically ventilated, the MAC also advised that the drug be used on patients who require general oxygen support.

“This is the first treatment to be shown to reduce mortality in patients with COVID-19 requiring oxygen or ventilator support,” said Dr Tedros Adhanom Ghebreyesus, WHO director-general.

“This is great news and I congratulate the Government of the UK, the University of Oxford, and the many hospitals and patients in the UK who have contributed to this lifesaving scientific breakthrough.”

As of today, the cumulative number of confirmed #COVID19 cases is 76 334, the total number of deaths is 1625 and recoveries to date are 42 063. Also included is the MAC advisory pertaining to the clinical applications of the use of Dexamethasone. 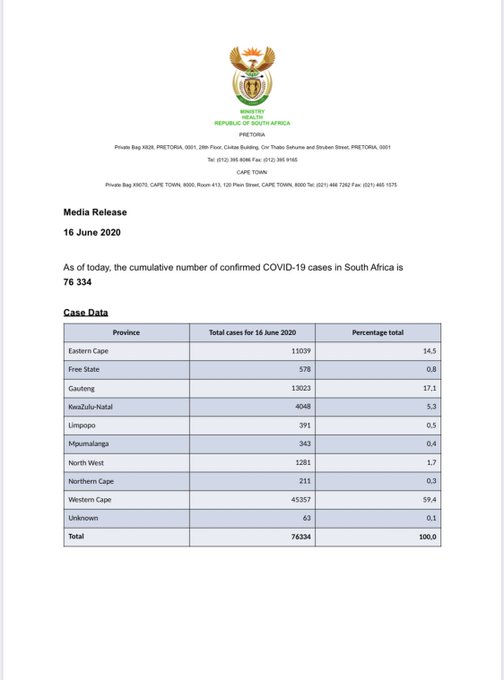 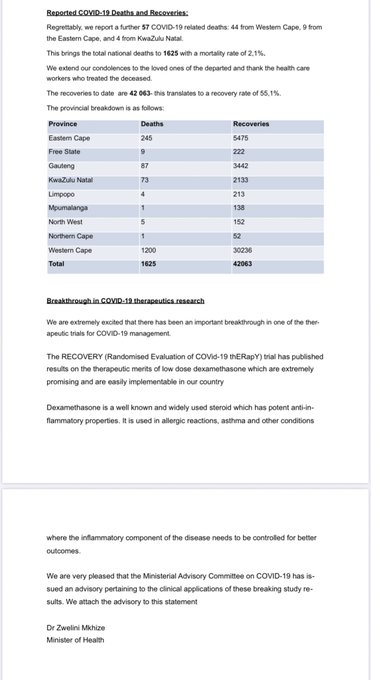 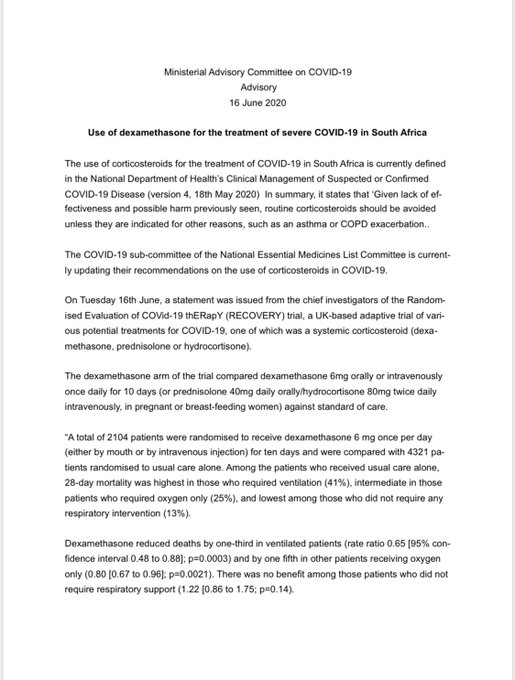 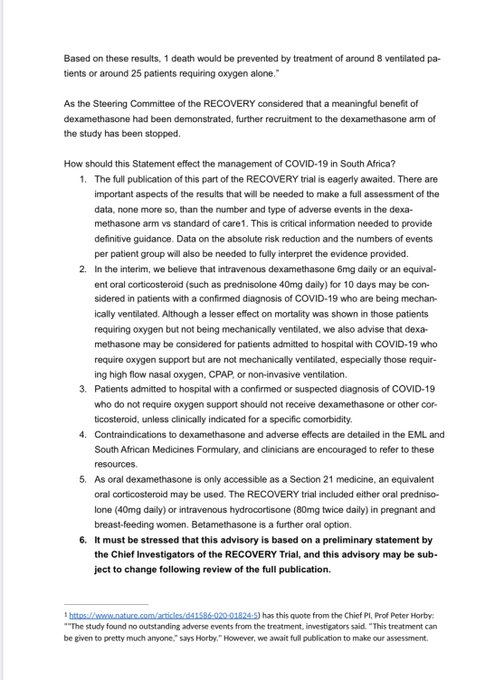 839 people are talking about this

The minister said that 44 casualties are in the Western Cape, 9 from the Eastern Cape, and 4 from KwZulu-Natal.